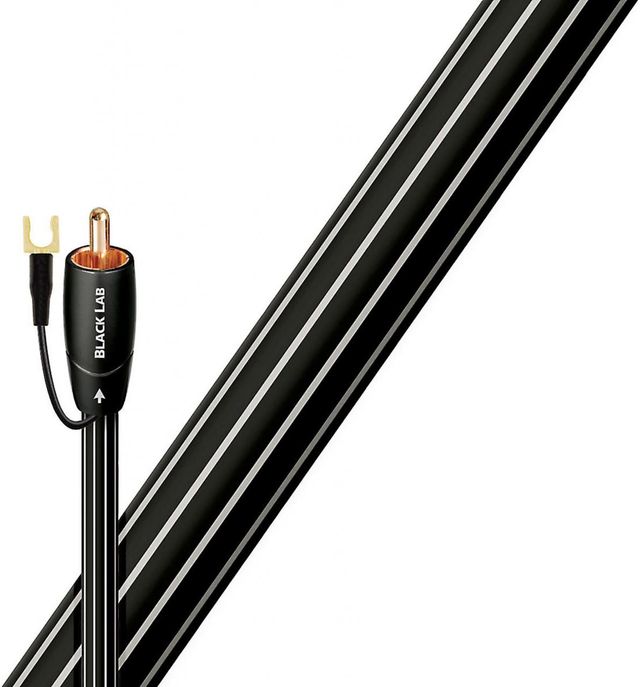 Contrary to their name, Black Labs’ heritage actually traces back to Newfoundland in the 1700s, when they were first known as “Saint John’s Dogs.” When this large Newfoundlandbased breed was mixed with smaller water dogs, the result is the dog now known as the Labrador. Labradors (Black or otherwise) are known for their dedication to duty, their highly developed sense of smell and hearing, and their endless capacity for playing “fetch” (they are “retrievers” after all!). These traits combine to make Labradors excellent service dogs for the handicapped as well as wonderful pets.

Solid Long-Grain Copper (LGC) allows a smoother and clearer sound than cables using regular OFHC (Oxygen-Free High-Conductivity) copper. Solid conductors prevent strand interaction, a major source of distortion. The surface quality is critical because a conductor can be considered as a rail-guide for both the electric fields within a conductor, and for the magnetic fields outside the conductor. LGC has fewer oxides within the conducting material, less impurities, less grain boundaries, and definitively better performance.

It's easy to accomplish 100% shield coverage. Preventing captured Radio Frequency Interference (RFI) from modulating the equipment's ground reference requires AQ's Noise-Dissipation System (NDS). Traditional shield systems typically absorb and then drain noise/RF energy to component ground, modulating and distorting the critical "reference" ground plane, which in turn causes a distortion of the signal. NDS "shields the shield," absorbing and reflecting most of this noise/RF energy before it reaches the layer attached to ground.

Any solid material adjacent to a conductor is actually part of an imperfect circuit. Wire insulation and circuit board materials all absorb energy. Some of this energy is stored and then released as distortion. Because air absorbs next to no energy and Polyethylene is low-loss and has a benign distortion profile, Foamed-PE, with its high air content, causes much less of the out-of-focus effect common to other materials.

Identical positive (+) and negative (-) conductors prevent the shield from being used as an inferior audio conductor.